Bullmastiff Pit Mix: overview and 14 photos of the Mix

Bullmastiff Pit Mix crossbreed: a new word in the world of crossbreeds

Bullmastiff Pit Mix is a relatively new cross-breed that is earning more and more attention from the lovers of Bully types, Mastiff breeds, and fighting/working dogs in general. Should you consider this breed for your family and what should you know about these dogs before you can make a decision? 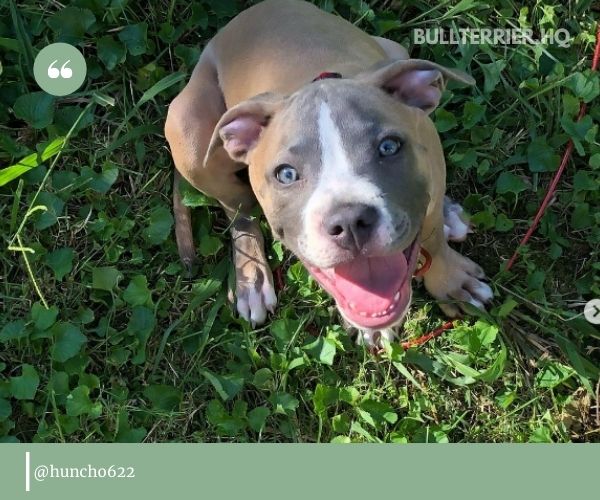 Bullmastiff Pitbull Mix: what can you expect

First of all, both of the breeds that make this new crossbreed – the Bullmastiff Pit Mix – have been bred and raised for centuries as working dogs. Both Bullmastiffs and especially Pitbulls have been and are still used extensively as guard dogs and fighting dogs.

You need to remember that if you are thinking of adopting a Bullmastiff Pit Mix. They will genetically inherit the stubbornness, confidence, outstanding strength of character, and a desire to dominate that is so characteristic of the two parent breeds. 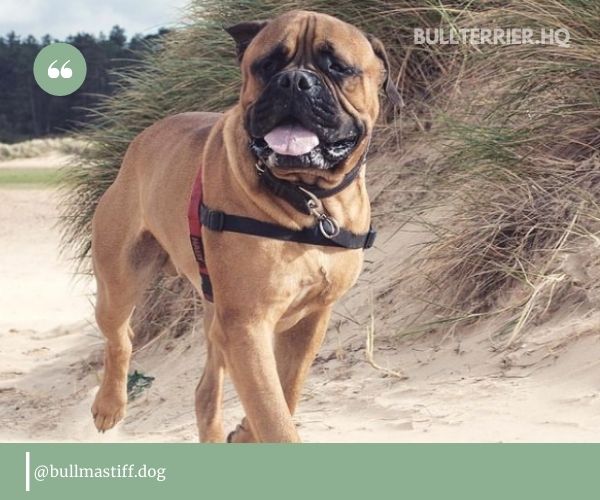 It will also be an intimidating-looking dog, especially to some people. These days the society, especially people that aren’t very knowledgeable about dogs in general and these breeds in particular, may be cautious or even negative towards bully and mastiff breeds.

This is due to years and years of rumors, scandalous media attention, and the negative reputation that these breeds, especially Pitbulls, have acquired (without any real grounds to it, as any Pitbull lover will tell you.) Many countries even go so far as to fully ban ownership of bully breeds, claiming that they are dangerous and a threat to society.) 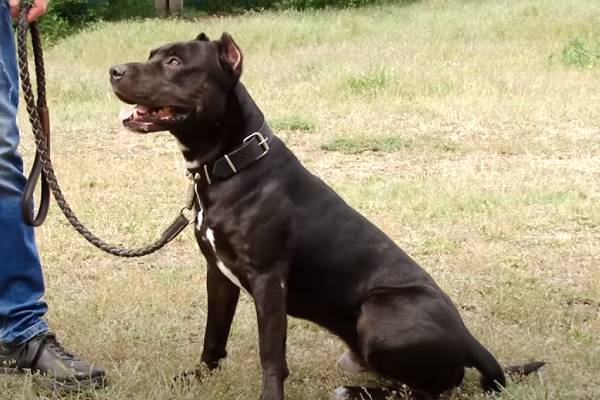 Bullmastiff Pitbull Mix: what can you expect

While the breed, on the whole, is unnecessarily and undeservedly stigmatized, part of the caution associated with it is justified. This is a very serious dog you might be getting.

It is fully up to you to realize the gravity of such a decision and make sure you are prepared to invest in the training and socializing of your dog so it can grow to be a polite member of society. Any dog needs training, including the smallest of lapdogs. But it is especially true when it comes to large powerful dogs like Bullmastiff Pit Mix.

All dogs, even the smallest, have an innate desire to establish their position in the hierarchy of their family and some may want to overtly dominate. Pitbulls are known for such tendencies, while Bullmastiffs are generally happy to follow another alpha (their owner). 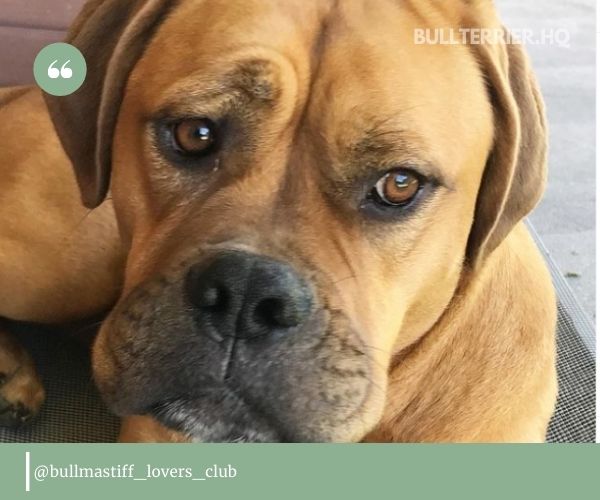 Appearance in Bullmastiff Pit Mix will likely be variable since this isn’t an established breed but a crossbreed. The puppies may vary in size and weight, even puppies of the same litter. Despite small differences, this is a large dog. A Bullmastiff can stand as tall as 68 cm and weigh as much as 60 kg.  Pitbulls are smaller at around 50 cm height and 30 kg mass.

A Bullmastiff Pit Mix on average is around 50-55 cm tall and can weigh around 40-50 kg. The looks can differ from litter to litter and puppy to puppy too, depending on whose looks any particular puppy inherits. 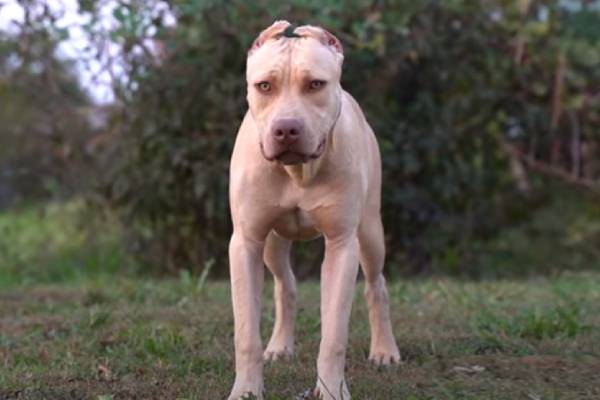 Overall, this is a large, stocky dog, wide in chest, with shorter limbs that are still proportionate to the body. The face is square-shaped, the jaws are very well developed and strong. This is a perfect dog for guarding work: they look intimidating and powerful.  The coats are short and sleek: this is a medium to low-shedding dog, at least compared to some other breeds. (Every dog sheds regardless of the length of coat.)

In terms of coat colors, a Bullmastiff Pit Mix can have any color that Bullmastiffs and Pitties can be, which is red, tan, white, black, brown, brindle, and any combination of these colors. 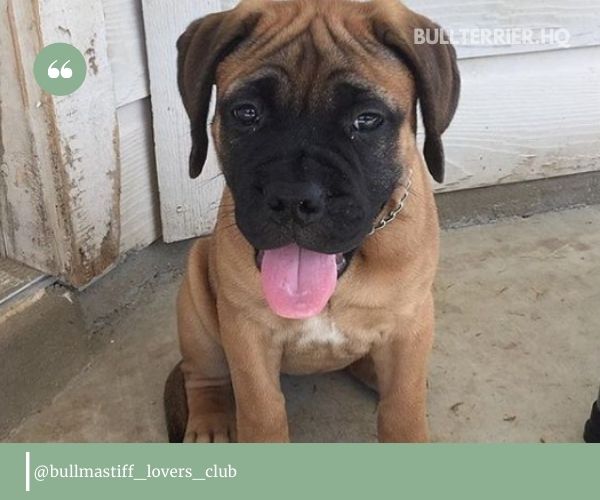 A Bullmastiff Pit Mix can certainly look intimidating, especially to people that are unfamiliar with guarding and fighting breeds like Bullmastiffs and Pitbulls. To understand the temperament of this crossbreed, we’ll have to look at what the parent breeds are like.

Temperament traits are inheritable, just like coat color and length, and other physical attributes. Whether your particular pup is more of a Bullmastiff or a Pittie is really up to chance, but at least you can be forewarned 🙂

Bullmastiffs, despite their intimidating looks, really shine when it comes to their temperament. They are rarely inherently aggressive. Of course, if a Bullmastiff is already riled up or feels threatened, they will put up a good fight and will likely come out as a winner. 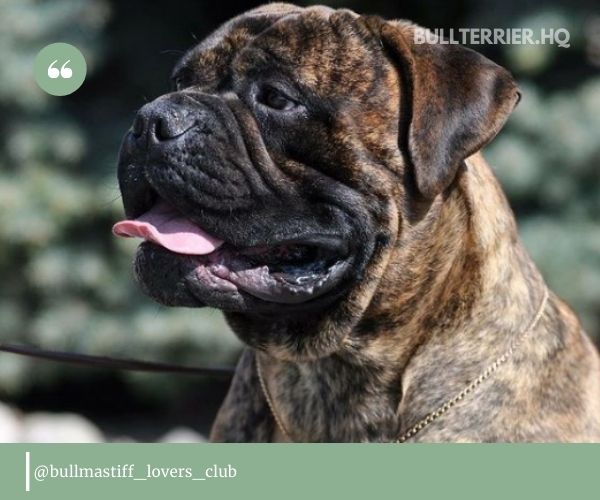 The same can be said about Pitbulls. Unlike Bullmastiffs, Pitbulls were actually bred to be aggressive towards other dogs, and they have the physique and the power to go with their competitive and somewhat dog-aggressive nature. Although they are smaller than Bullmastiffs, Pitbulls are extremely powerful dogs and can be absolutely incomparable in fight situations.

Both Bullmastiffs and Pitties, as well as Bullmastiff Pit Mix, can be dangerous dogs if they aren’t properly socialized and controlled by their owner.

Your job as a good owner here is to not allow your dog to even get into such situations. Aggression is something that should never be tolerated in any dog, let alone a large and powerful dog like Bullmastiff or Bullmastiff mixed with Pitbull.

You will need to watch your little Bullmastiff Pit Mix from a young age and stop any signs of aggression related to food, territory, or in interactions with other pets and, especially, people.

Both Bullmastiffs and Pitbulls are extremely smart, sensitive dogs with excellent intuition and an ability to read their owner’s emotions. A Bullmastiff Pit Mix will quickly grasp at an opportunity to stretch their limits if you allow them. Pitbulls in particular can be very stubborn and self-directed, and your puppy can very well inherit those traits. 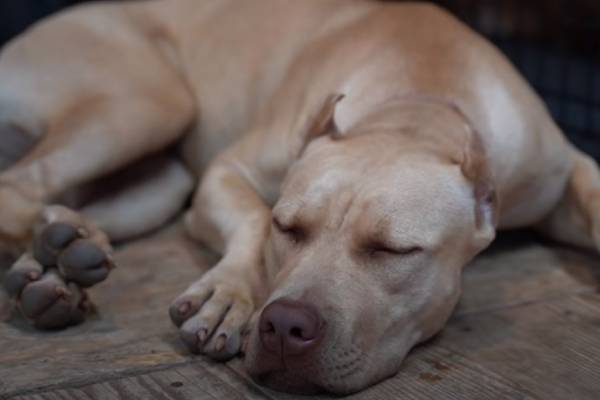 This is a dog that values family above all else

All of this doesn’t mean that a Bullmastiff Pit Mix will be an inconvenient, difficult dog to have. Truth be told, any dog needs a strong hand and an owner that is willing to put in the time and effort to raise a polite, well-controlled pet. But of course, this is especially true for a large and strong dog like your Bullmastiff Pit Mix.

Despite their strong wills, both mastiffs and Pitbulls are known for being extremely attached to their owners. You can expect this from your Bullmastiff Pit Mix as well. This is a dog that values family above all else and cannot be happy living in isolation, away from the life of the family.

Both Pitbulls and Bullmastiffs often choose a single person they are most attached to, but they adore the whole family too. They will want to take part in everything you are doing. 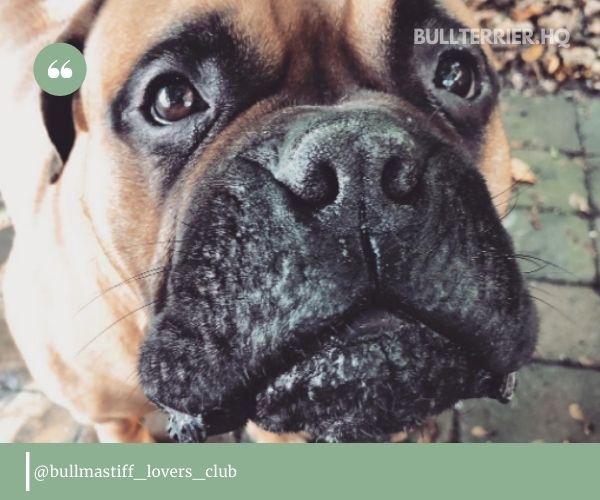 At the same time, a Bullmastiff Pit Mix may be quite a stubborn, self-willed dog, as both of the parent breeds tend to be. This is a highly intelligent dog: they will know exactly what you want from them, but may still choose to do things their own way – or at least try to.

Both parent breeds of the Bullmastiff Pit Mix have an extensive history of being working dogs bred for specific purposes. While Pitties were mostly used in fighting pits, Bullmastiffs’ main purpose has always been guarding and protecting families and property. The heritage of both breeds gives a Bullmastiff Pit Mix excellent natural instincts when it comes to guarding work. However, nature should go hand in hand with nurture: you will play a big role in whether your pup grows up to be a good guard dog.

Specifically for guarding work, the dog’s instincts and their natural cautiousness of strangers are important. If you aren’t planning for any guard work, socialization is extremely important for your Bullmastiff Pit Mix, and the more the better.

You will want them to be as friendly to everyone as possible. However, if you do expect some guarding work from your pup, you need to be careful to not overly socialize your dog. Yes, they need to be exposed to different kinds of people and situations. But you shouldn’t let any stranger pet your dog or interact with your dog freely.

Doing this will lower your dog’s cautiousness towards strangers and lower their guarding/protecting instincts. They will simply trust people too much. This doesn’t mean isolating the dog from people and visitors to your house. It just means teaching your dog to keep a polite distance and to be watchful around strangers.

Training is extremely important for large and powerful dogs like Bullmastiff Pit Mix. Without proper training, discipline, and socialization you may end up with an uncontrollable animal, dangerous not only for you but for those around you.

For a working dog like Bullmastiff Pit Mix, discipline is crucial so that there is a clear distinction between the dog’s natural courage and confidence, potential aggression issues, and their protectiveness of you and your family. The protective behavior and confidence are pretty much genetic, but self-control and polite behavior towards harmless strangers is something you will have to work on with your pup.

This includes both socialization and teaching your dog to look to you for guidance in most situations unless the situation is clearly dangerous and you are being attacked.

Bullmastiff Pitbull Mix: should you choose a male or a female?

Picking the gender of your future puppy may be in the cards for you if you are high enough on the waitlist and if your breeder can accommodate this. Often waiting lists are long enough that most potential owners will have to be happy with whatever gender they get.

Truth be told, it doesn’t matter all that much if you are getting a boy or a girl. You will likely love your new Bullmastiff Pit Mix pup just the same whether they are male or female. This doesn’t mean that there aren’t some subtle (and not so subtle) differences between males and females. This is especially true of a large dog such as Bullmastiff Pit Mix.

Another potential downside of owning a Bullmastiff Pit Mix boy is that they may tend to want to dominate, especially when around other male dogs. This may translate into dominating or aggressive behavior, potential fights, or barking.

Females tend to be much less dominating and will be more indifferent towards other dogs in general. They are also far less likely to act cocky in a dog park and get into a fight. Male dogs tend to also be far more territorial: you will need to make sure other dogs don’t enter your boy’s territory (as in, fencing!). Female dogs will protect you just as well as male dogs but they are not as territorial and will not scare away neighbors with dogs.

The downside of owning a female Bullmastiff Pit Mix is that they will go through female cycles which can be a hassle to deal with. However, I presume your breeder will most likely only sell you a dog on the condition that you spay them later, or they may sell you an already spayed dog, so you will likely not have these issues at all.

If your breeder does not require you to spay your dog (which is unlikely), you will still want to do that for the sake of your dog’s mental and physical sake (and your own mental health!).

Other than these subtleties, it really doesn’t matter much whether you get a boy or a girl. A good breeder and the health of the pup is a much more important matter to consider than their gender.